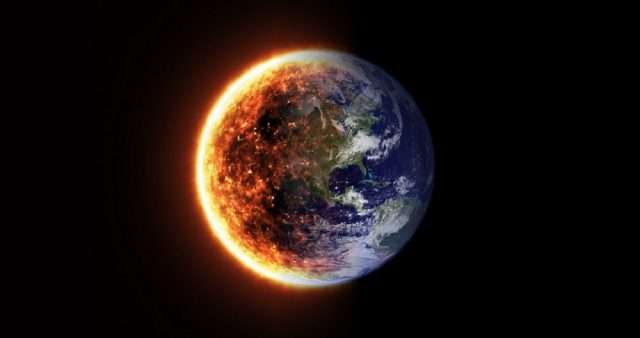 Global climate disruption has become one of the significant threats to our planet’s ecosystem. The utilization of fossil fuels by humans generates greenhouse gases in the environment. Coal, gas, oil, and other fuels emit carbon dioxide, nitrous oxide, methane, and other gases that absorb warm air inside the earth like a greenhouse.

People worldwide are addressing the issue by endeavoring to reduce their carbon footprint. But carbon footprint calculation will not suffice if we cannot control the growth of the human population.

Population growth and its effects on climate change

According to an estimate, during the 20th Century, the human population raised from 1.6 billion people to 6.1 billion people. Greenhouse gas emissions increased 12-fold during these 100 years.

It is assumed that the global population will exceed just in the next 50 years, resulting in global warming or excessive heat on the planet. Every day about 220,000 human babies are taking birth. Each of them will leave their carbon footprint on the earth’s atmosphere. If the population increases, demand for residence, vehicles, and food will increase simultaneously.

It is noticed that the world’s food production system has contributed to almost 30% of emissions of the leading greenhouse gases. The utilitarian lifestyle of today’s world aims to maximize the well-being of people, and it completely relies on fossil fuels.

More population means more need for fossil fuels. Fossil fuels, particularly oil, are needed to run vehicles and manufacture pesticides, fertilizers, and other appliances. A growing population will increase the causes of global warming to a great extent. Usage of non-biodegradable products like plastics has increased greatly, which is another great threat to the environment.

Impacts of climate change in developed and developing nations

On the other hand, in most developed countries, population growth has started dropping, which is considered a great sign. But as of now, most undeveloped and developing countries cannot control their population rate.

All efforts made by the developed nations to limit CO2 emissions will go in vain just because of the overpopulation in the developing countries. Thus, it is proved that population and the causes of global warming are inseparably connected.

Here we should not forget another major cause of global warming: deforestation. No one can deny the role trees play in saving our environment. But due to population growth, forests are being ruined at an alarming rate.

This makes a negative impact on the biodiversity of the planet. We often forget that everything is interlinked in the cosmos. If there is no tree, there will be no rain.

Climate will change, and the earth will become a barren land. If we observe the climate change facts, we will notice that the planet has already started showing signs of climate change and global warming. Recently a Siberian town has experienced its hottest-ever temperature, which is more than 100 degrees Fahrenheit.

Animal migration is another important indicator of global climate change. Insects, birds, and animals are compelled to change their habitats. As a result of the destruction of forests, forest animals are entering human localities. Many species are facing the threat of extinction.

What we can do to prevent climate change

We all know climate change is wreaking havoc on our planet’s ecosystem. We should concentrate on the steps we can take to deal with the climate crisis.

A study report published by the Universities of Lund and British Columbia claims that having fewer children is the ‘single most effective measure’ every individual should take to reduce global warming. But unfortunately, many people around the world are deprived of minimum education. They have no idea about the negative impacts of overpopulation.

They are unable to make a proper family plan. The governments of all nations must take action to stop child marriage. Employment and women’s empowerment can play a vital role here. Non-Governmental organizations should come forward to educate women in rural and slum areas.

Often in economically deprived areas, people tend to give birth to more children to increase the number of earning family members. Child mortality is also another significant cause of having more children. Government should take care of the health of the citizens to decrease the infant mortality rate.

All these actions will help slow down population growth and bring down the effect of human-caused climate change to sustainable marks.

TCL Phones: First Phones to be Launched During CES 2022

9 Reasons Why You Should Get A Pedicure by Professional

10 Steps to Plan Your Mobile App Development and Launch

Elliesingh - August 12, 2021 0
The use of technology is increasing and expanding a lot. More than a million people are using mobile phones daily. For functioning and carrying...