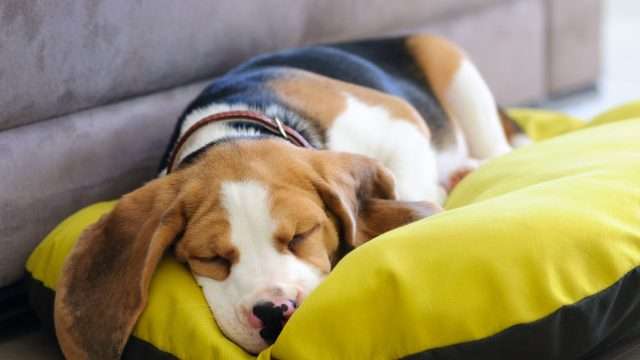 Sleeping patterns of animals are an area that is still full of questions for scientists. It is generally accepted that sleep is crucial for human beings and other living things; however, scientists have no consensus on what makes this process essential.

In theory, sleep shouldn’t be allowed to occur, as, in this period of loss of consciousness, animals are more susceptible to the threats present in the natural world. However, the reality is that this type of regularity has been preserved by natural selection – even living things less complex, such as earthworms and flies, have a resting period.

Unicellular organisms that last more than 24 hours exhibit different activity levels, displaying inactive cellular activity during certain times. This may be a sign of sleep in the evolution of living things on earth in the development course. There are many theories to explain why organisms go into lethargy; there appears to be the most common restoration process.

For those who study, “sleep” refers to the state that animals rest to repair their systems put under strain when awake. In this way, “being under stress” simply means that you are active and alert since the whole organism is working continuously to keep itself healthy.

Some animals, like mammals and birds, including us, dogs, and cats, are also a time for a “clean house”. The brain is constantly in action, and with each synapse, neurotransmitters accumulate at the base of the neurons.

Although the organ is in full operation when we go to sleep, the loss of consciousness lets the body perform an internal cleanse that restores our body’s function. Do you know when the cleansing process is at the highest intensity? The NREM (Non-rapid Eye Movement) phase is a state of sleep during which we are not in a dream.

There are many theories regarding dreams; many scientists believe they are a way for animals to organize their environmental memories and feelings. That’s right! The furballs who sleep next to you with the calmness of someone who’s already fulfilled his dream!

Even though this process isn’t fully explained by science, the fact is that no system within the animal’s body doesn’t improve through a night of rest or is weakened by its absence. It’s not just the brain affected; the immune, metabolic cardiovascular, reproductive, and thermoregulatory systems are also affected if animals do not get enough rest.

What are the Benefits of Good Sleeping for Dogs?

The important and unquestionable benefits of sleeping well for your dog are:

A relaxing nap can help your dog learn what was learned throughout the day more quickly.

What are Dog Sleep Disorders?

The dogs also experience sleep disturbances as well as sleep issues. Following are the two sleeping disorders in dogs.

It is characterized by excessive sleepiness and an inclination to sleep multiple times per day, at least the most appropriate time. The disorder could have an underlying genetic cause, and it is observed among breeds like the Labrador retriever, Doberman pinscher Poodle, and Beagle breeds.

The absence of sleep identifies it. It could affect your dog’s character and make your dog annoyed.

Control and observe their sleep rhythms, as any changes are negative. If you have a dog who is usually an active and joyful pet, and you suddenly notice that your dog is sleeping or is sleeping more than normal, consult your veterinarian.

What Amount of Rest Do Dogs Require?

One thing is certain about any animal: strip the animal of rest, and they will perish. A living thing cannot maintain its full functionality without a transition between sleep and awakeness. However, how much sleep does a dog require by age?

This is contingent on a range of variables, including age. Like humans, puppies require plenty of sleep, generally between 16 to 20 hours per day. It is not a continuous sleep and is split throughout the day.

On the other hand, adult dogs require sleep between 15 and 16 hours every day. Most of them sleep for about 10 hours at night, and the remainder is split into short naps throughout the daytime. Of course, all this is when the pet is healthy and exercised (we will examine later how exercise might affect their sleeping).

As the puppy grows older, the length of sleep gets longer. It is because an older pet feels the physical and mental strain of the day and requires more time to sleep. This could be why he doesn’t want to leave the bed he’s been sleeping in after an age.

The genes of animals affect the way they sleep. Some breeds are more susceptible to sleep disorders. These include dogs like:

If you have a cat huddled between your clothes and made a point of not answering your calls throughout your day, for how long do they sleep? It is typical for cats to sleep between 16 and 18 hours in adulthood, but it can go up to 20 hours in their senior years.

The need to sleep in domestic cats is inherited by their wild ancestral ancestors, predators. Hunting is a very demanding activity that requires much of the cats and is stressful for their body.

I’m sure you’ll think twice about saying he’s lazy as you watch him do something like “fishing” sitting in the middle of the room, wouldn’t you?

Read More: How to find the best pet sitting services?

Why Investing The Design For Custom Bath Bomb Container?

5 Facts About Nails That Will Blow Your Mind

How to find the best pet sitting services?

Why Is Brazil Special For The Production Of Coffee?

Prepare For Certificate IV in IT With Tower Australian College

What is the Best Way to Choose a High-quality Mattress?

8 Ways to Preserve the Quality of IBEX Shoes

Abdulwadood - July 12, 2021 0
You must be excited about getting IBEX handmade leather shoes for men. However, with big investment comes responsibility. Simply, follow these eight tips to...

Top 10 Most Successful Businesses To Start In 2022