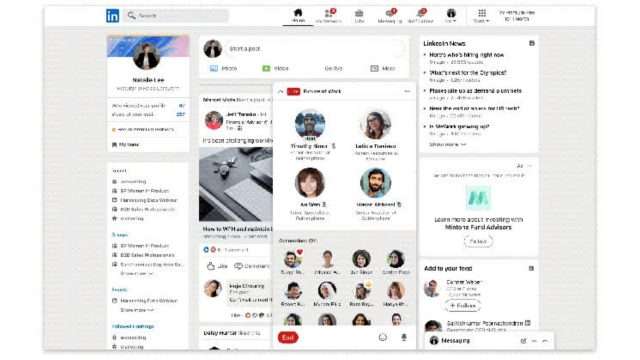 LinkedIn is a professional social network that is now part of the Microsoft company and is looking to get its share of the rapidly growing virtual live events market. According to an article from TechCrunch, LinkedIn is preparing to launch a Video and Audio event platform in beta, with the initial version focused on audio events set to launch in the coming months.

As you might recall, LinkedIn has been testing an audio broadcasting feature reminiscent of Clubhouse since last year. Now, the company is ready to discuss more of the feature. LinkedIn will begin using audio broadcasts first. However, it’s looking to expand the feature with video events in the spring.

“Our philosophy is to put the organizers in control,” said the product Manager Jake Poses in an interview with TechCrunch. “We are trying to make it easier for people to organize online round table discussions, fireside conversations, and much more. Some want an event that is more formal, informal, or perhaps less formal. Some would like to interact with their audience members and let their voices be heard. Professionals can interact with us and assist.”

Here’s a mockup of what LinkedIn Audio events might appear, thanks to TechCrunch:

The software is expected to have tools that allow hosts to record events and moderate discussions, and attendees will interact with one another both during and after the events. LinkedIn will target its “Creator” community first. However, it hopes to attract companies and organizations to join in the future.

Read More: CES 2022: Auto Technology is Forming in the Battle for Self-Driving Car

LinkedIn has made several attempts to introduce new features for interaction and social, but the outcomes have been mixed thus far. LinkedIn Live is the company’s live streaming service and is now available to 1.5 million users using the site (LinkedIn currently has more than 800 million users).

LinkedIn also announced the company’s Stories product in 2020. Stories featured in 2020; however, the service was shut down just a few months after its launch.

Is Google Keyword Planner Still Good for SEO in 2022?

What Are The Advantages And Disadvantages Of 3D Printing?