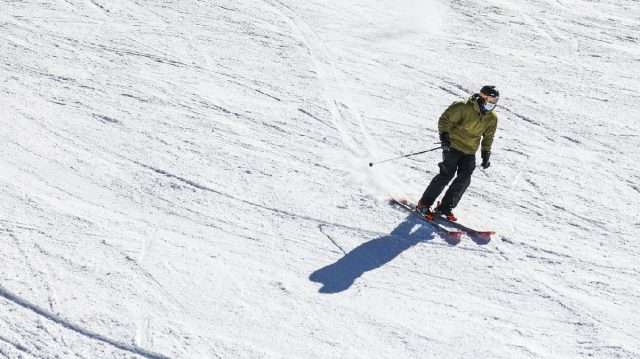 The Colorado ski areas got 3-10 feet of snow during the Christmas season as a welcome treat after an unseasonably dry beginning into the winter season.

The news is on the move: Crested Butte reported 99 inches during the nine-day storm cycle. OpenSnow, the meteorologist who founded the organization Joel Gratz, reports.

The average snowpack in the state is currently at 114%, having begun December with close to record lows.

However, the new snow isn’t wholly eradicating the root issues that can make this a challenging winter season in the mountains.

Situation the throng of mountain-town visitors, as well as a rise of Epic passes, are causing the Vail Resorts chief operating officer Beth Howard to call “the most challenging holiday season I’ve ever experienced.”

A shortage of labor is hindering resorts’ ability to expand their territory, The Denver Sun’s Jason Blevins reports.

The problems with staffing are blamed on the lack of affordable housing and low pay.

According to the statistics, many large resorts have opened only a fraction of their terrain since January.

Keystone, one of the first resorts to have lifts that spin at the beginning of October 30% open. Loveland is 41% open, and Eldora is 37%.

The bottom line Similar to what happened the past year, the mountain towns are now COVID-19 hotspots. Officials are eager to implement rules for indoor masks to limit the spread of the virus. Unfortunately, the increase is also creating staffing shortages.

There’s no way for snowboarders or skiers to get out of. The mountains are experiencing massive avalanches. One that killed a person and triggered special warnings to stay clear of the backcountry.

The most important thing to remember: Fred Rumford, a resort industry veteran who was terminated at the hands of Vail Resorts, told the Sun that the company was partly responsible for the long lines and delays in openings.

“They tried to drive the bottom line so hard, they put employees last,” he claimed. “They didn’t invest in their workers.  They don’t like to reinvest unless it’s showy and glitzy, like chairlifts or terrain.”