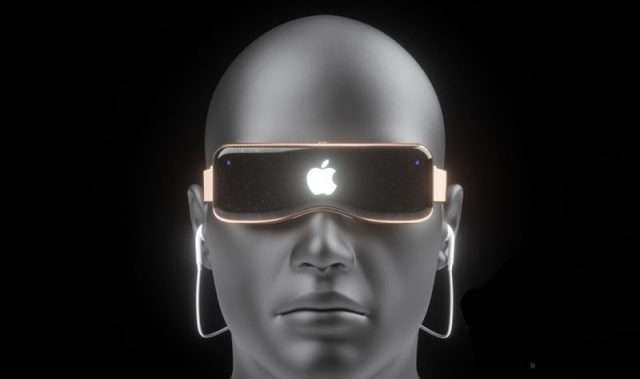 Virtual reality is a fantastic concept. You can explore new worlds, experience things you might never see in real life, and feel like you’re there. It’s the future of entertainment! But what about VR for Apple? We’re waiting with bated breath to find out if this technology will be integrated into their newest products or not.

In this article, we’ll break down some potential features that could make VR on an iPhone possible and what it would entail for a user. Please look at our rundown below and let us know what you think about this tech trend of Apple.

It is finally time for Apple to release their Virtual Reality headset, and we can’t wait. The company has been rumored to be working on a VR device for years, but it looks like they’ve finally got something up their sleeve.

To get you excited about the possibilities, here are some features we expect from an Apple VR headset: -Wireless connectivity to your iPhone (no more cables!)-Detachable headphones-App store with optimized apps designed specifically for VR. With these features and many others, the future of gaming will never be the same!

First and foremost, we expect the headset to be completely wireless. This would align with Apple’s other products and make them easy to use. No more being tethered to a computer! It is also likely that the headset will be sleek and stylish, similar to an iPhone or an iPad. We don’t expect it to be very bulky or heavy.

Another essential feature is that the headset will work with many devices. It will likely be compatible with the iPhone, iPad, and Mac. This would be great for people who already own Apple products and wouldn’t have to purchase additional equipment. It would also make it easy to switch back and forth between devices.

Convenience is another key feature that we expect from Apple’s VR headset. Again, in line with the company’s other products, this will be highly user-friendly and easy to use. A lot of focus will be put on the fact that you can pick up your device and start using it immediately without any complicated instructions.

We also expect that the VR headset will be very affordable. Apple is known for releasing cost-effective products without sacrificing quality. This means that people of all budgets will purchase the headset and enjoy its features. We don’t expect it to be so expensive that only a select few can experience VR themselves.

With the introduction of VR, there’s also the matter of games and their quality. Apple has stated that they want games to become even more interactive, and we expect this to happen with VR. So we’re expecting great things from this aspect as well.

We think that the VR headset will be able to connect with several Apple products. This means that if a user is watching a movie, they can view it in VR mode. Likewise, if they are playing a game, it will appear as if you’re inside the action. There would also be some compatibility with apple music so you can listen to your favorite songs in VR.

Finally, we expect that there will be an App Store specifically designed for VR. This would be a great opportunity for Apple to shine and show off its capabilities. The store would be full of optimized apps that utilize the VR headset’s features. In addition, it would be a great place to find new and innovative ways to use VR.

Also, we expect that the VR headset will be released very soon. Apple has been keeping quiet about its plans, but it will likely announce something shortly. We can’t wait to see what they have in store!

What do you think? Are you excited about Apple’s VR headset? Let us know

10 Steps to Plan Your Mobile App Development and Launch

CES 2022: Auto Technology are Forming in the Battle for Self-Driving Car