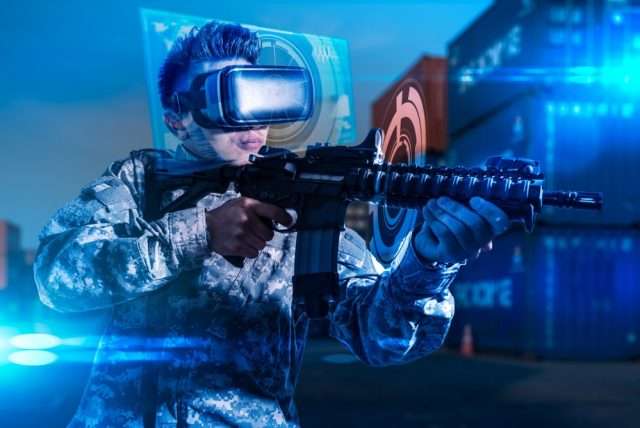 With the booming technological era, the gaming industry has been adored globally. While many advanced technologies dominate the game development industry, virtual reality is no exception.

What are the benefits of VR in game development?

Virtual reality technology itself has plenty of advantages. As a result, its incorporation into game development can take gaming to another level. Following are some of the benefits of VR in game development.

Perkins Coie says gaming is the most sought-after sector for VR investment. Also, in a survey of startup founders, tech business owners, investors, and consultants, 59% of participants believe that gaming will dominate AR/VR investment.

Let us know about the steps to develop influential VR games.

According to Global Web Index, 64% of VR users believe that technology has splendid opportunities in gaming.

Virtual reality games are creative and innovative. However, it is best developed with highly skillful developers and sound techniques. To create a booming VR game, follow the below-listed steps.

Virtual reality is all about giving users a realistic gaming experience. Therefore, to create more engaging and real games, you need to go for proper ideation of a concept. Also, you need to ensure to get an exciting storyline for gamers.

This is the step that differs from other game development techniques. Once you are all set with the concept, focus on target virtual reality devices. You can choose anything from a range of headsets, Google Cardboard, Gear VR, and other standalone solutions.

It is vital to have compelling and immersive graphics for VR games like any other video game. In VR games, you can add 360 panoramic videotape components.

This will make your games more attractive. However, the addition of graphics is directly proportional to the cost of the project. Therefore, choose wisely and precisely what you want!

Choosing the right game development platform will set the foundation and enhance the features of the game. Unity 3D game development is one of the most favored platforms for 3D games. It furnishes users with an improved experience.

It is all in the process! A skillful and established game developer makes sure to thoroughly work on every tiny part of the development process. In addition to this, a developer needs to ensure to run regular checks to avoid any flaws appearing in the future.

Last but not the least! Launching and marketing your game on the right platform is essential. If you develop an outstanding game but can’t market it properly, efforts are wasted. Moreover, it decides the audience of your game. Google Play Store and Apple App Store are two popular platforms to launch your game.

Virtual reality has had its roots in the gaming industry for a long.

Techjury reported that the worldwide VR video gaming market was valued at USD 22.9B in 2020.

Game development, over the years, has evolved a lot. From games with single players to online games played across the globe at a single time, the change is visible. So for your next game development project, choose the best partner like EDIIIE to win the world.

Read More: The Features We Expect From Apple Virtual Reality

How To Build Netflix Clone?

What Is the Purpose of a Water Filtration System?